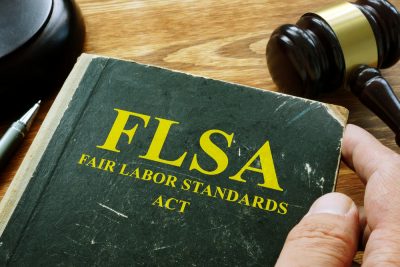 On September 24th, the DOL issued a final ruling on “Defining and Delimiting the Exemptions for Executive, Administrative, Professional, Outside Sales and Computer Employees.” Finally, the salary threshold changes are coming. The summary from the ruling reads as follows:

The Department of Labor is updating and revising the regulations issued under the Fair Labor Standards Act implementing the exemptions from minimum wage and overtime pay requirements for executive, administrative, professional, outside sales, and computer employees.

When the DOL first proposed changes under the Obama administration back in 2015, employers reacted with concerns about how this may affect their costs of doing business if substantial groups of employees were to become eligible for overtime wages. Many employers began to work frantically to update their compensation policies and went so far as to actually begin adjusting employee wages. Then, just before they were to originally go into effect, the DOL pulled the changes and went back to the drawing board.

The new final ruling seems to mirror the most recent proposal issued in March of this year. As outlined by the American Payroll Association in an , the new rule:

The new ruling does not contain two of the more contentious provisions:

What do these changes mean for payroll?

In the end, the impact of this new rule is likely much lower than we in the payroll community initially anticipated. The new salary thresholds are lower than many state-mandated thresholds, like New York’s limit which is set at $58,500 for exempt executive and administrative employees. Also, without the automatic update, any future increases will have to go through the standard notice and comment process for rule-making.

Integrity Data has been following this topic for quite some time:

For employers with specific challenges around overtime compliance, it’s important to remember that Dynamics GP payroll includes the ability to calculate the regular rate of pay to ensure the overtime premium is properly calculated. In addition, Integrity Data’s can ensure you are paying out the correct number of hours, even in complex states like California that require overtime and/or double-time pay for:

We are your partner in payroll and HR compliance. Reach out to us for help with overtime rules, or any area of HR/payroll compliance.