that you don’t need a weatherman to know which way the wind blows. And for Microsoft Dynamics® GP customers, independent software vendors (ISVs) and value added resellers (VARs), the wind seems to be blowing towards more instances of Dynamics GP being provisioned in the cloud rather than on-premise. What will this mean for us? What disruption and change will this bring?

Burning Question #1: How far and how fast will Dynamics GP usage move towards the cloud?

that by 2016, 30 percent of enterprise resource planning (ERP) for services-oriented companies will be in the cloud. that while 2014 Gartner research put the percentage of ERP currently in the cloud at only 2 percent, if two-tier ERP was included, that percentage would be higher. Columbus likens two-tier ERP to a “Trojan horse” for cloud as the legacy ERP instance run by a headquarters or corporate office is extended or augmented by additional “tier two” ERP products run by subsidiaries. Many of these tier two products may in fact be in the cloud as these subsidiaries may lack the infrastructure or bandwidth to manage their own instances of ERP on-premises. Or they are simply newer organizations that did not have a legacy ERP product implemented at the time they moved onto their first enterprise application.

So the current state of and speed of cloud adoption is a real wildcard. Microsoft is certainly betting on the cloud with its Azure platform, and that brings us to …

Burning Question #2: Will Microsoft’s focus on Azure put them at loggerheads with VARs offering cloud provisioning?

, Technology Evaluation Centers Analyst Predrag “P.J.” Jakovljevic points out that Dynamics GP 2015 R2 includes a number of changes to streamline the process of running Dynamics GP on the Windows Azure cloud. This may or may not have implications for VARs and other service providers already offering managed services for customers’ instances of Dynamics GP or even subscription-based software-as-a-service (SaaS). There is a value difference to be sure between the private cloud and managed services offerings offered by many VARs and the Azure cloud, which is essentially a public cloud. But in order to succeed with Azure in the Dynamics GP space, Microsoft will need to convince VARs to sell Azure Infrastructure Services either in addition to or instead of private cloud infrastructures VARs have already developed or put in place through partnerships.

Some VARs,  and  are already selling Azure. Others including and sell multiple cloud offerings including Azure. Which direction will cloud usage go–private cloud, Azure () or other platforms? Which way will end users, VARs and dedicated hosting providers jump?

Burning Question #3: What about the web interface?

One significant change will have to do with the interface. The current Web interface for Dynamics GP has its strengths and weaknesses, and by all accounts is nowhere near as functionally rich as the thick client and is somewhat limited in terms of device types.

a new mobile interface is coming that will ditch Microsoft Silverlight in favor of HTML5.  This new interface will work on multiple browsers (HTML5 even supports fairly ancient versions of Internet Explorer) and device types. across a number of Microsoft products. What remains to be seen is what degree of additional utility the new interface will offer. for this move. ISVs, , should have little trouble adapting interfaces designed around Silverlight to the new HTML5 reality, but this also bears further looking into. But this is not the only area where a move to the cloud will have implications for ISVs extending Dynamics GP.

Burning Question #4: Are Dynamics GP extensions and plug-ins ready for the cloud?

This is a critical issue for us at Panatrack, and for many Dynamics GP users who run multiple extensions from ISVs to augment or complete their solution.

In , Panatrack President Mike Burnham stresses that in particular, extensions that rely on handheld devices will be disproportionately affected by a move to the cloud. According to Burnham, some ISV extensions may run into trouble when Dynamics GP is provisioned in the cloud. Speed over the internet is one challenge some of these extensions will face, and efficiency in structuring communicatons with Dynamics GP will become a top priority to avoid sluggish performance. Another barrier may be the communicaton standard an ISV extension relies on, acccording to Burnham:

"Many still rely on Telnet – a textbased bi-directional communication standard that has been around since the days of green screen computers. Telnet, however, runs over a protocol that is not web friendly and it typically blocked by firewalls to ensure network security.”

Learn more about how cloud will impact Dynamics GP extensions and data collection in particular.! 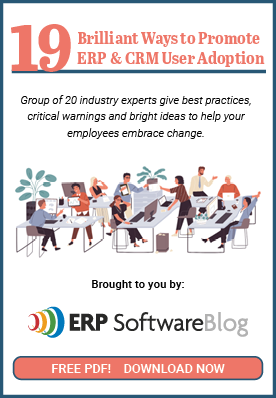