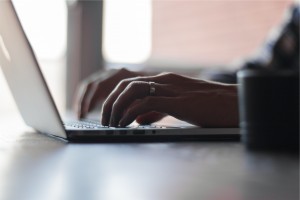 Even though they were fashionably late to the party, Microsoft has made significant headway in the . It took Microsoft only , significantly faster than SalesForce.com with recent reports showing that Dynamics CRM's growth in the industry is . Yeah, we were blown away, too.

Within the last couple of months, virtually the entire Dynamics line has received significant updates including adding new features, getting rid of some old ones and generally improving the software. This begs the question: What can we expect from Dynamics in 2015? Here are our top predictions.

"At our core, Microsoft is the productivity and platform company for the mobile-first and cloud-first world. We will reinvent productivity to empower every person and every organization on the planet to do more and achieve more.

We have a rich heritage and a unique capability around building productivity experiences and platforms. We help people get stuff done."

A common thread among the is a greater focus on mobile. GP 2015 shipped with an updated version of Business Analyzer, the companion app for Windows, iOS and Android. Dynamics CRM 2015 includes improved mobile support, including the ability to enable all dashboards for tablet use and the ability to synchronize offline updates and drafts. Similarly, the Dynamics NAV Tablet App gives users access to a host of features on-the-go.

In the coming year, we expect to see this trend continue with an ever-increasing focus on enabling mobile users to get the most out of the entire Dynamics line.

Some users were surprised by . This shock was not because of any great love for Business Portal—in fact, it had never really been a widely-used feature to begin with—but because Microsoft has traditionally showed a reluctance to remove features in favor of maintaining backward compatibility at almost any cost.

By removing Business Portal, along with its SharePoint roots, and moving its features into the core of GP, Microsoft made a big stride toward improving the foundation of GP. This, in turn, puts Microsoft in a position to better adapt and respond to changes in the market.

Although this may have seemed like a small change, in the grand scheme of things it actually points to a larger shift in thinking within Microsoft. This is no longer a company that is clinging to the past; this is a company that is willing to take risks, make changes and embrace new ideas. In the year ahead, we expect to see this change play out again and again as Microsoft streamlines their efforts around these new strategies.

Another common theme across several of the updates to the Dynamics 2015 line is the . Whether this is an improved integration with Office 365, GP's service-based approach, integration with Azure or the company's ongoing focus on the cloud, Microsoft Dynamics now offers an unprecedented level of integration.

In the year ahead, this is another area where we expect Dynamics (and Microsoft in general) to continue to make sweeping advancements. Gone are the days when Microsoft's approach was one of inclusiveness. In the coming year, this could open up a whole new world of opportunities for vendors and customers alike.

Without a doubt, we are seeing some exciting changes in the world of not only Microsoft, but in Microsoft Dynamics as well. This is a company--and platform--that is more nimble, agile and focused on bringing the best productivity experience to the widest range of customers. In the coming year, expect to see Microsoft continue to deliver on its "mobile-first and cloud-first" strategy across the board, and especially within the Dynamics line.