Think about all of the things that could happen that would be destructive to your office. What if there's a flood, snowstorm, earthquake, power outage, or you simply run out of products without being able to replace merchandise fast enough to meet demand? There are so many different things, big and small, that could spell serious trouble for company owners.

Would you count paper among these potential detriments?

Chances are that most business leaders wouldn't - let's be honest, what threat do they really pose to firms? But, because we live in an increasingly digital age, the risk of eschewing  and only relying on tangible files is significant.

Think of it this way - what if your financial, client, and internal information is all housed on pieces of paper? That might all be well and good, but then a flood occurs and the owner walks into a workplace full of soggy, unreadable papers. Data is lost and it will be tough for these companies to re-open their doors.

But, there is hope: . Placing files online can ensure that all documents are saved even if their physical forms are destroyed. Digitizing is recognized as being very helpful to many companies and can save a number of them from sure destruction.

Glitches put careers in flux
According to the Associated Press, 10 percent of the officers in the Georgia Department of Public Safety had to leave their jobs temporarily because there were . Before the individuals transitioned over to an electronic platform, some paper documents were lost when they were shared between departments.

While this issue technically arose when the government organization made the switch to electronic workflow, had they invested in a quality system and made the transition carefully, making sure not to throw out papers before they were placed on computers, this could have been avoided.

Legal decisions abound
The Columbian reported that Ohio's Clark County Courthouse recently decided that , to avoid any challenges of sticking with a paper system.

This move might cut down on any challenges that would result in legal and trial issues. For instance, if an important court report is misplaced, the results could be catastrophic. This would be avoided entirely by relying on a . Moreover, the news source said that paper congestion within courthouses, as well as processing times would be cut. 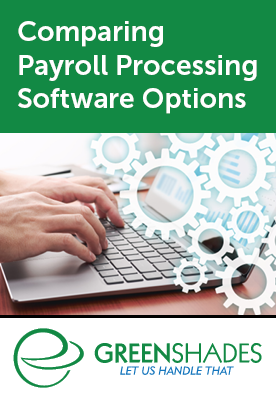 Analytics
Performance
Other
Advertisement
Save & Accept
78