The recently released (June 2012) Forrester Wave for Point of Service report analyzed the top 10 products that have a significant installed base and international presence. ranked as a strong performer ahead of established Point of Sale vendors Epicor and SAP showing that Microsoft Dynamics AX for Retail’s superior architecture and flexibility has given it much momentum.

Interestingly the Microsoft Dynamics AX for Retail POS is making very strong headway in the enterprise retail market and has wins in retailers that are looking for scalability, agility, and flexibility in their POS. This is interesting as traditional POS vendors are beginning to lag and don’t have the ability to invest like Microsoft is investing into the solution.

Figure. Microsoft Dynamics AX for Retail ranks as a strong performer ahead of Epicor, SAP, NCR

Also Forrester rated Microsoft on the Dynamics AX 2009 for Retail R2 while the Dynamics 2012 for Retail has significantly more features and in my opinion takes Microsoft to the front of the pack. Microsoft is changing the retail game with modern technology and a very intuitive and flexible user interface. According to Forrester, “Microsoft has the most impressive product road map, social networking integration, and mobility, as well as the most comprehensive approach to multicurrency. As might be expected, it also offers the strongest user interface configurability and potential with Microsoft Surface for even more seductive consumer engagement.”

Microsoft not only has an impressive product road map, it has delivered on this road map with the Dynamics AX for Retail 2012 release. With end to end functionality, Microsoft Dynamics AX for Retail provides an integrated, familiar, and seamless user experience tying together the supply chain from the manufacture with the demand chain to the consumer.

Forrester rated Microsoft highest of all 10 vendors on the Advanced Functionality criteria showing that Microsoft is not just looking at the basics of a POS but has moved quickly to the differentiators and caters to the retailers looking for enterprise level functionality for things like promotions, mix and match, merchandising etc.

Ignify is a technology provider of , , , and software solutions to mid-market and enterprise businesses and public sector organizations. Ignify is award in 2012 and 2011. Ignify offers Microsoft Dynamics AX, Dynamics AX for Retail POS and the Dynamics CRM Loyalty Management solution for retailers and to several other businesses. Ignify has been included as the for 5 years in a row by Deloitte, Inc Magazine and Entrepreneur Magazine and ranked as one of 100 most innovative companies in the world in the Red Herring Global 100 in 2011 and 2010. Sandeep was ranked in 2010, 2011 and 2012 in the Microsoft Dynamics Top 100 Most Influential People List by DynamicsWorld. Ignify has offices and team members in Southern California, Northern California, Arizona, Tennessee, Illinois, Washington, Canada, Singapore, Malaysia, India, Philippines, and Indonesia. 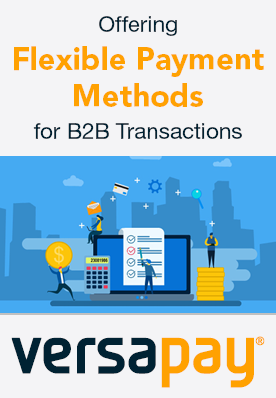 Analytics
Performance
Other
Advertisement
Save & Accept
14