Today, more than ever, it's critical to have up-to-date information to make informed business decisions. has a large number of pre-formatted reports for comprehensive reporting and analysis and it is easy to get confused as to when each tool should be utilized. , Microsoft Dynamics GP users learned when these tools should be utilized. Below is a highlight of Microsoft Dynamics GP reporting tools covered during the workshop.

SmartLists with Export Options Used for ad-hoc queries in Microsoft Dynamics GP. Queries can be saved as Smartlist favorites to be used again. The user enters restrictions and changes the columns displayed. This can be used to export query results to Excel and as a shortcut to data in Microsoft Dynamics GP. Reports are not formatted unless Export Options is used to run macros to format the Excel file.

SmartList Builder/Excel Reporter Used to create Smartlists other than those that are out-of-the-box with Microsoft Dynamics GP. Smartlists can be built to combine companies, pull third party data, and pull data from other databases. Excel Reporter was added to Smartlist Builder with the version 10 Feature Pack for Dynamics GP. Excel Reporter is used to create refreshable Excel reports similar to Smartlist exports except that the data may be refreshed in Excel. Data connections used by these tools can be deployed to be used in Excel.

Analysis Cubes Used to allow users who are not familiar with database structures to write reports. The cubes store a fraction of the data in the ERP system to allow users to dig into data. Excel is the primary delivery method, but there are sophisticated OLAP viewers available.

SQL Reporting Services (SQL Server) SRS is used to deliver reports via an intranet/internet to users throughout the organization – regardless of whether or not they are Dynamics GP users. SRS can combine data from multiple sources and multiple companies. Reports are accessed using Internet Explorer and the security is controlled via the server. Reports are designed in Visual Studio.

**Report Manager creates Report Books that allow you to combine multiple files in one package.

Microsoft Management Reporter The next generation for FRx. Available with Microsoft Dynamics GP 2010, this is the replacement for FRx. A migration wizard converts FRx building blocks to MR report definitions.

Check out and (manual received by workshop attendees) prepared by Lisa Suggs, a Microsoft Certified Consultant, for a better understanding of when to utilize these tools.

By InterDyn Artis, a 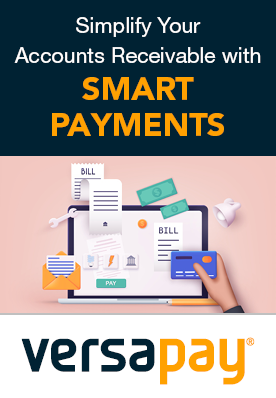 Analytics
Performance
Other
Advertisement
Save & Accept
6